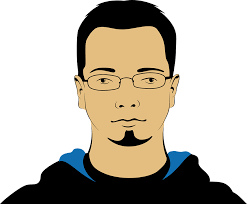 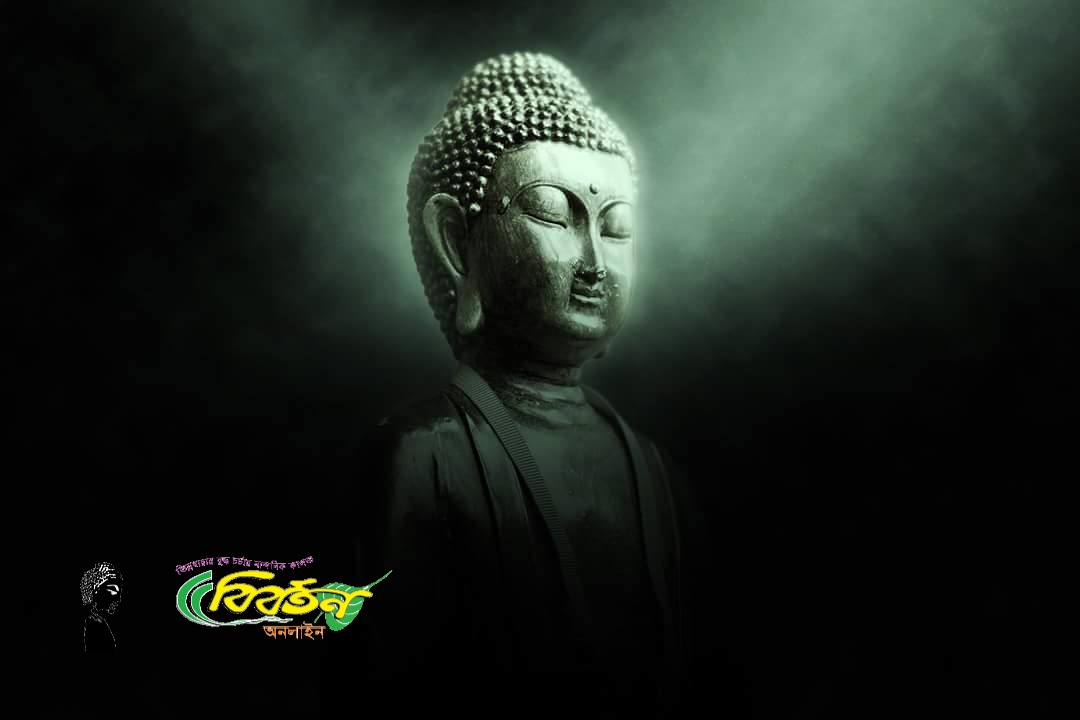 Today is being celebrated in the Buddhist world following the Theravada tradition the Magha Puja or the Maghi Purnima (Full Moon Day). People go to the Viharas, observe Sila, make offerings, meditate and in the evening light candles spreading the light of the Dhamma all around.

Māgha Pūjā day marks the four auspicious occasions occurring at the Veḷuvana bamboo grove, near Rājagaha, modern day Rajgir in Bihar, ten months after the enlightenment of the Buddha. On that occasion, as recorded in the commentary to the Mahāsamaya Sutta, four marvellous events occurred:
* 1,250 disciples came to see the Buddha that evening without being summoned.
* All of them were Arahants, Enlightened Ones, and
* All were ordained by the Buddha himself when he uttered the words Ehi Bhikkhus.
* It was the full-moon day.

On this occasion the Buddha gave those Arahants the principles of Buddhism, called “The Ovādapatimokkha”. Those principles are:
To cease from all evil; To do what is good; To cleanse one’s mind.

The Ovada-patimokkha is the heart of the Buddhist teaching that the Buddha expounded for the first time on the full moon day of the third lunar month over 2,500 years ago. It has been of great benefit to Buddhists of all generations who come later so that all can put the teaching into use and achieve the result of overcoming suffering. THE OVADA-PATIMOKKHA means the principal instruction of the Buddha or the heart of all the Buddhist teachings. It is considered as the heart of the Buddhist teachings because it presents nirvana (nibbana) as the highest goal of Buddhism and the three-fold training, namely moral ethics (Sila), concentration (Samadhi) and wisdom (Panna), as the principal teaching that lead the practitioner to Nibbana or Nirvana.
If we are to collectively honor the Buddha by putting the Ovada-patimokkha into practice, particularly the qualities of enduring Tolerance (Khanti), Not speaking ill of others (Anupavado) and Not being violent towards each others (Anupaghato), employing them as the foremost practices in our daily life, then our society will be one that enjoys peace and happiness.
In the first part of the Ovada-patimokkha, the Buddha declared the ideal aspiration of Buddhism :
“Khanti paramam tapo titikkha,
nibbanam paramam vadanti Buddha;
Na hi pabbajito parupaghati,
samano hoti param vihethayanto.” – Dhammapada 184

“Enduring patience is the highest austere practice. Nirvana is supreme, the Buddhas say. He, verily, is not a recluse (pabbajito) who harms another. Nor is he an ascetic (samano) who oppresses others.”

The words of the Buddha here in the first part emphasize that Buddhism holds nirvana as the highest ideal aspiration. This differs from that of the main religion in India at that time which believed in reunion with Brahma, the creator, as the highest goal. To achieve nirvana, Buddhists have to rely on their own enduring effort as well as patience because there are no savior gods or Brahma who will lead anyone to nirvana. The Buddha states :
“Tumhehi kiccam atappam,
akkhataro tathagata;
Patipanna pamokkhanti,
jhayino marabandhana.”
– Dhammapada 276

“You have to work your own salvation, the Tathagata only show the way. The meditative ones, who enter the way, are delivered from the bonds of Mara.”

As the goal has to be achieved through human effort, therefore in the second part of the Ovada-patimokkha the Buddha taught the principles for the practice so that human effort effectively leads to nirvana. The Buddha states :
“Sabba-papassa akaranum,
kusalassa upasampada;
Sacittapariyodapanam,
etam buddhanasananam.”
– Dhammapada 183

“The giving up of all evil,
The cultivation of the good;
The cleansing of one’s mind,
This is the Buddhas’ teaching.”
(i.e. To abstain from any kind of evil (attachment, ill-will and delusion),
to do good, to purify one\s mind.
This is the Teaching of all the Buddhas).

This part of the Pali verse in the Ovada-patimokkha deals with the principles on how human endeavor can lead to the end of suffering, Nirvana.

The principal practice in this Ovada-patimokkha is divided into three steps as found in the first three lines of the verse, with one leading to another step until the attainment of the highest goal, Nirvana. They are :

a) The Giving up of All Evil : It means to follow PRECEPTS that require one to abstain from doing evil through physical action such as killing beings as well as through speech such as telling lie.

b) The Cultivation of the Good : It means MEDITATION practice as well as the practice to enhance wholesome qualities for one’s own and others’ welfare and well-beings.

c) The Cleansing of One’s Mind : It means WISDOM that arises from MEDITATION practice aimed at purifying the mind from being defiled by Greed, Anger and Delusion.

These three-step principles represent the three-fold training, namely MORAL ETHICS (SILA), CONCENTRATION (SAMADHI) and WISDOM (PANNYA). They are the Heart of the Dhamma Practice that leads us step by step to freedom (Nirvana),

The third and last part of The Ovada-patimokkha deals with The Missionary Method of Buddhism. The Buddha promulgated a peaceful way, not a forceful one, in propagating the dhamma. There is no use of force in making people believe in Buddhism. As to the missionary technique the Buddha pronounced :

“anupavado : do not speak ill of others.
anupaghato : do not be destructive to others.”

Even in spreading the Buddhist teaching, there was a rivalry between Buddhism and the clergy from other religions, but the Buddha forbade his disciples from speaking ill of others. Related to this, the Buddha’s saying is recorded in the Dhammika Sutta :

The appointment of Ven. Sāriputta and Ven. Moggallāna as the two main disciples – “Aggrasavaka” took place on this significant day.

It was on this Full Moon Day when he was 79 at the end of his long ministry that the Buddha declared his Mahaparinibbana which would take place on the Full Moon day of May.
The Maghi Purnima or the Full Moon Day of February is observed by the Theravada Buddhist tradition in South and Southeast Asia. All the Buddhists gather in the monasteries and viharas and observe Sila, meditate, make offerings, offer candle lights and listen to discourses thereby making merits for a life of contentment and fulfillment. This day is celebrated as the Sangha Day and every one eagerly waits to celebrate this day irrespective of cultures, anguages and beliefs,.

The practice most excellent is patience enduring,
‘Nibbana most excellent’ proclaimed by the Buddhas,
But he is not forth gone who hurteth another
And neither a Samana harrying others.

Every evil never doing
And in skillfulness increasing
And one’s heart well-purifying :
This is the Buddha’s Sasana.

Not insulting, neither harming,
In Patimokka well restrained,
Knowing moderation in one’s food,
Far away one’s sleeping-sitting place,
And striving in the heart sublime:
This is the Buddhas’ Sasana. 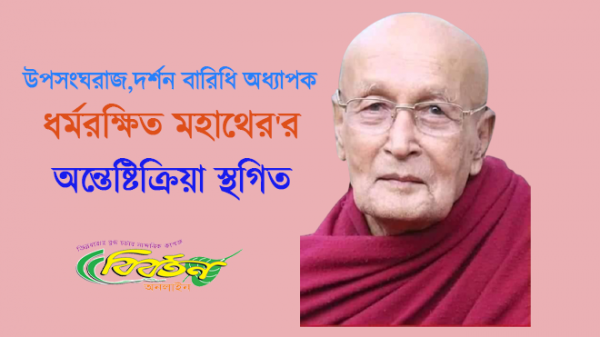 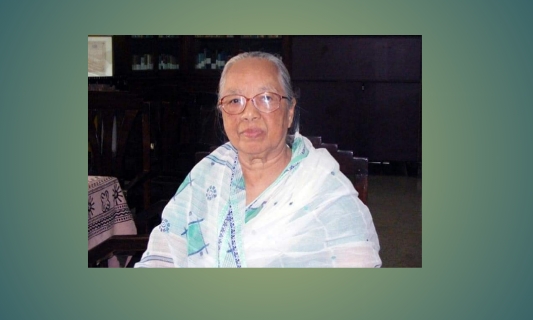 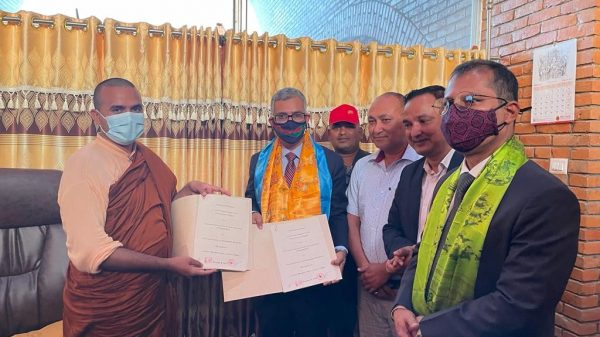 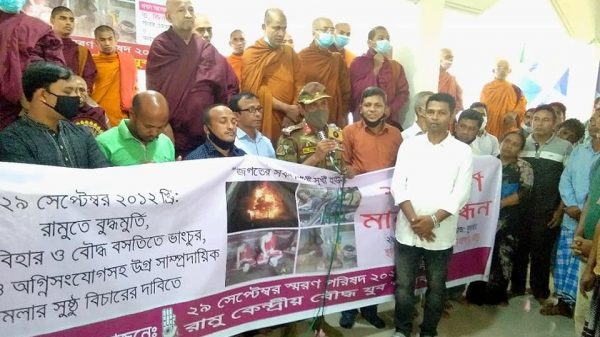 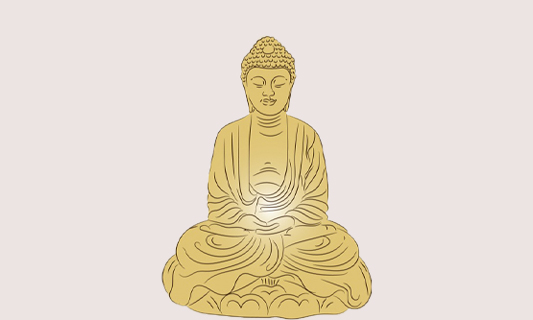 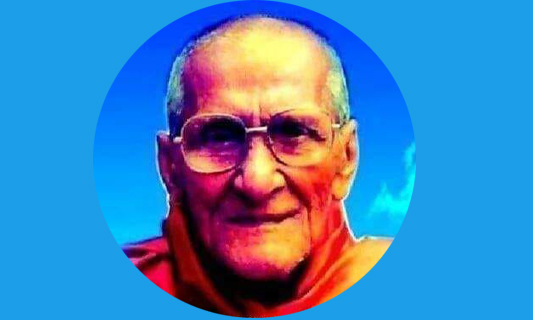 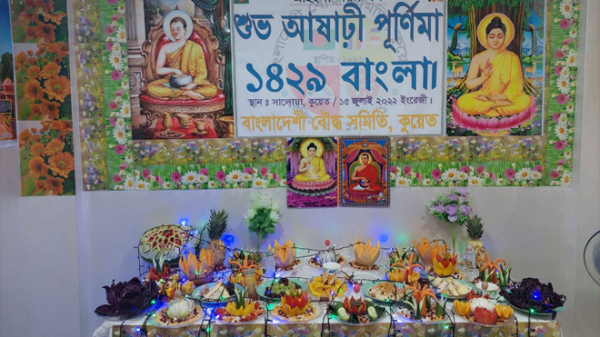 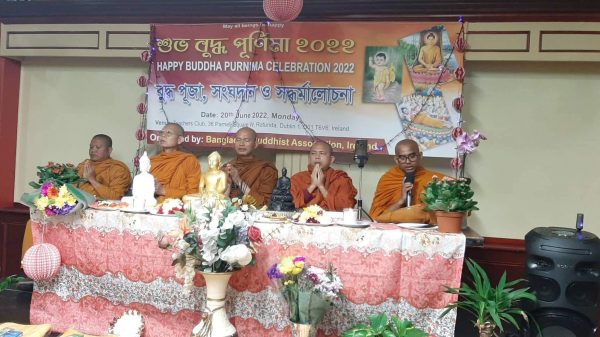 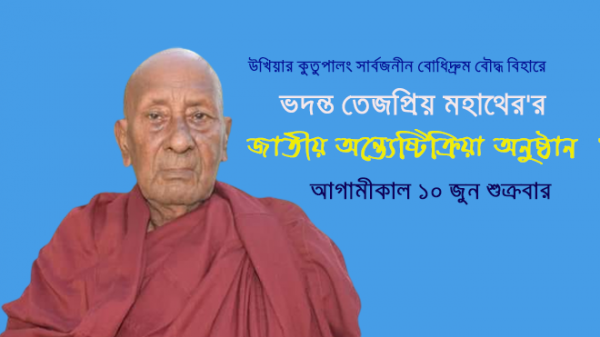 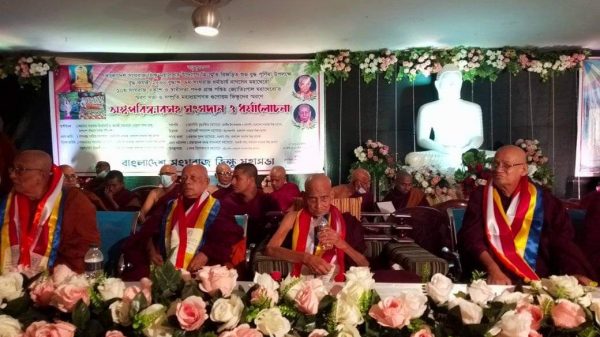 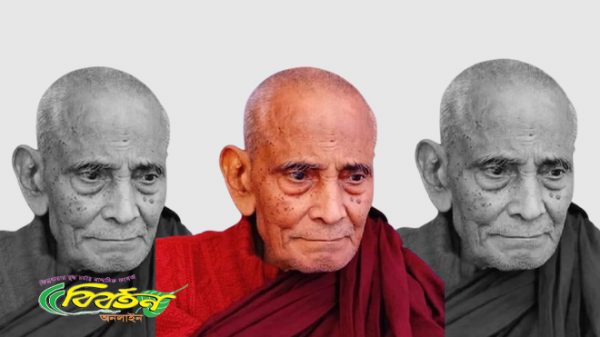 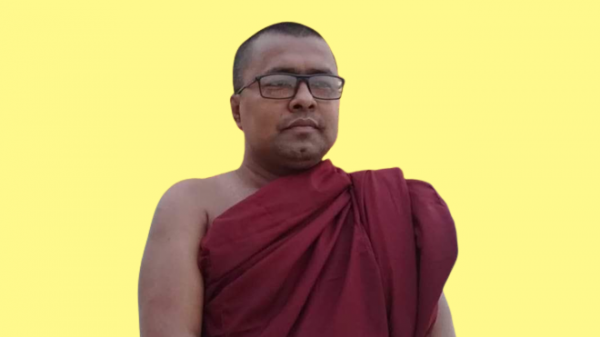 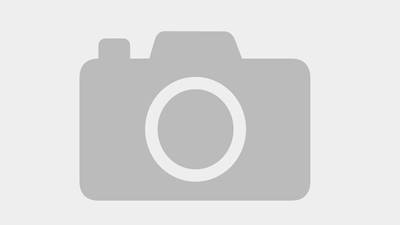 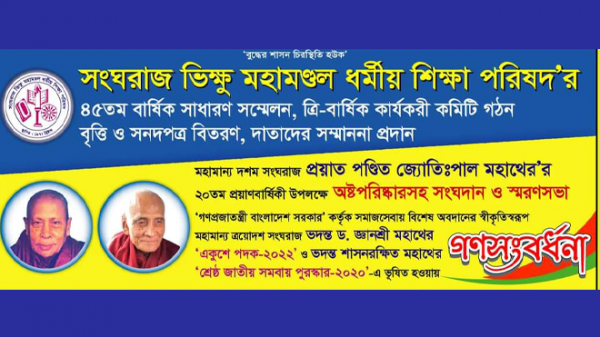 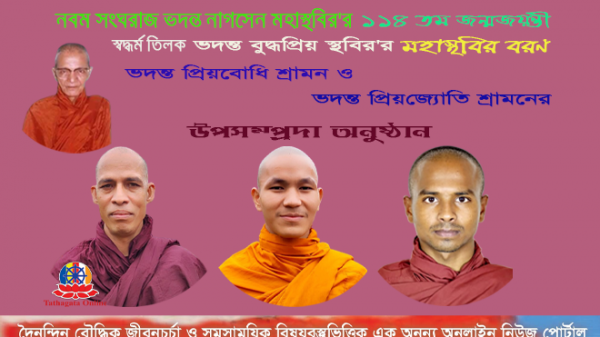 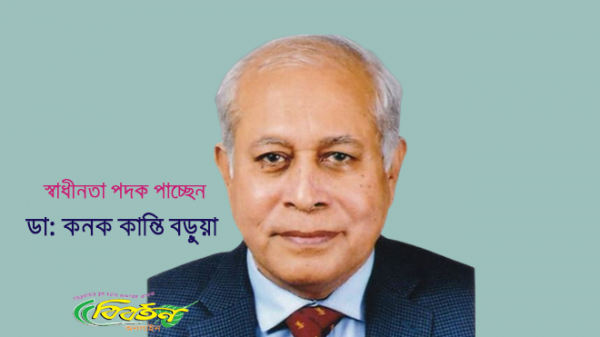